The photo challenge this week was a photo of “today”, taken on the day you read the challenge. I had planned to do a few shots, you know a little photo essay on how I spent a rainy Sunday. In the end Princess Child and I snapped this on our way to the video shop and … well that was the sum total of our effort.

As the rain pelted down we watched videos and I cooked – the four-hour spaghetti bolognese cooked too fast (gotta remember to turn heat DOWN) and needed a bit more “tomato” in it but it went on to feed us for two nights during the week (first as spaghetti bol and then as a meat pie). I also made lamb tagine which was delicious, and according to Mr Shambles even better the next day for lunch. Both recipes were from Love & Hunger.

We watched the second Sherlock Holmes movie, but I got a bit distracted by the I-pad. Ever heard a favourite movie star interviewed and felt a little disappointed? I feel that way about Robert Downey Jnr, saw him on Graham Norton and, maybe he was having a bad night, but he wasn’t what I expected.

The fireplace grouting is almost finished, except we ran out with a mere few centimetres to go, sigh, so back to the shop to get some more.

And that was pretty much our lazy, rainy Sunday. Now we are looking forward to a long weekend (four days for me seeing as I don’t work Fridays). Yayy. 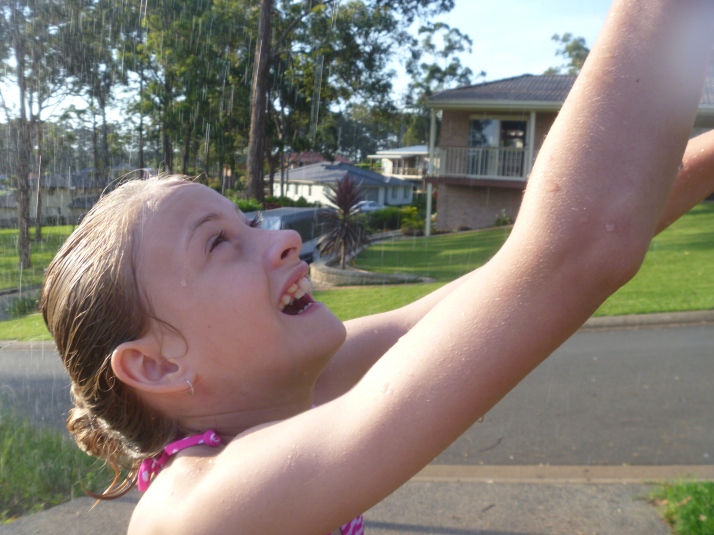 While I sit here rugged up in my winter woolies, the Weekly Photo Challenge asks me to cast my mind back to the summer. It was a soggy season, lots of rain and not nearly enough hot sun. However during one warm day Princess Child got out into the front yard and proved you can never be too old for a bit of fun with the garden hose and sprinkler. She even managed to convince her sister to join her at one point, well she squirted her with the water and she had to retaliate.

When was your last water fight?

Hope you are keeping warm wherever you are. 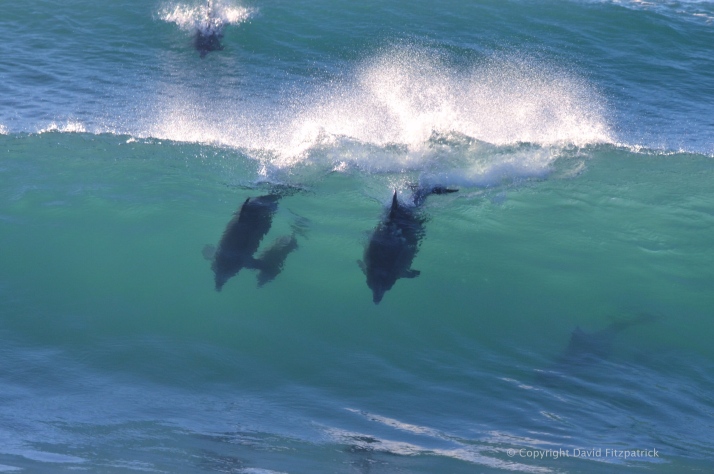 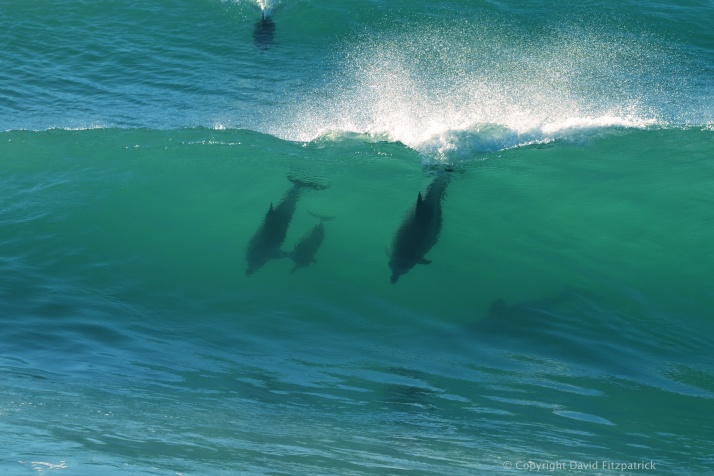 My brother captured these shots with a long lens while he was standing on the Breakwall.

I wasn’t planning to play along with the photo challenge this week because I thought it was silly to feature out-of-focus shots. Not that I don’t have plenty of them but because we always like to present our best don’t we? We relegate the blurry, not quite right to the delete pile because they don’t conform to the image of perfection we want to display. Sometimes in life our focus is a little off and we need to adjust the lens to get ourselves back on track.

Of the hundreds of out-of-focus shots on my computer I went with this one because it represents a happy end to a difficult year. It’s Hippie Child’s graduation from Primary School and here the parents join the kids for a celebratory dance. It was the year of the illness and the big operation and there had been some fleeting moments where we didn’t know if her dad would make it to party.

Despite the fact photographer mum can’t take a decent shot to save herself, the happiness is clear in the fuzzy faces. 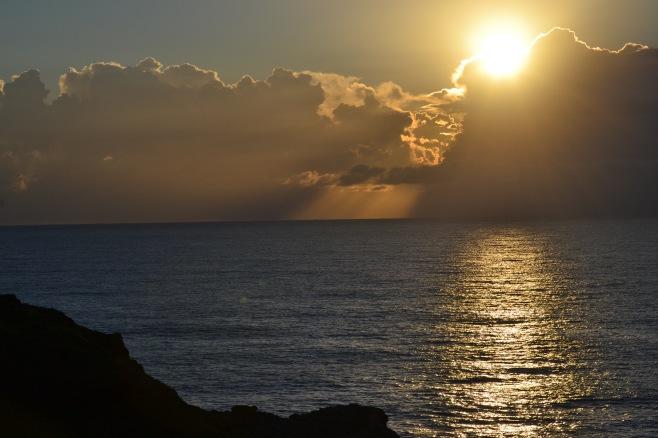 Have a wonderful week everyone.

Had a lot of trouble trying to find a photo with two subjects – will have to try and get my brother onto the job – in the meantime, with apologies, here is as close as I can get to two subjects with a photo I took some time ago of the local Catholic Church.

I have edited it in PicMonkey using the Daguerreotype Frame – which did take away from the second subject (the church itself)  but I really liked the effect.

As you all know I am technically incompetent – is there any way of removing the stupid date/time stamp in photos? If I actually learnt Photoshop would that do the job?

Janine Fitzpatrick, a wannabe blogger with an untidy house, imperfect children and no celebrity friends.

Unless stated all text in Shambolic Living is my copyrighted work. Similarly photographs are copyrighted to the credited photographer usually, David Fitzpatrick, Simon Williams or myself. All photo layouts are also designed by me specifically for Shambolic Living. You are welcome to blog individual photos or posts but please link back to this page. Thank you!